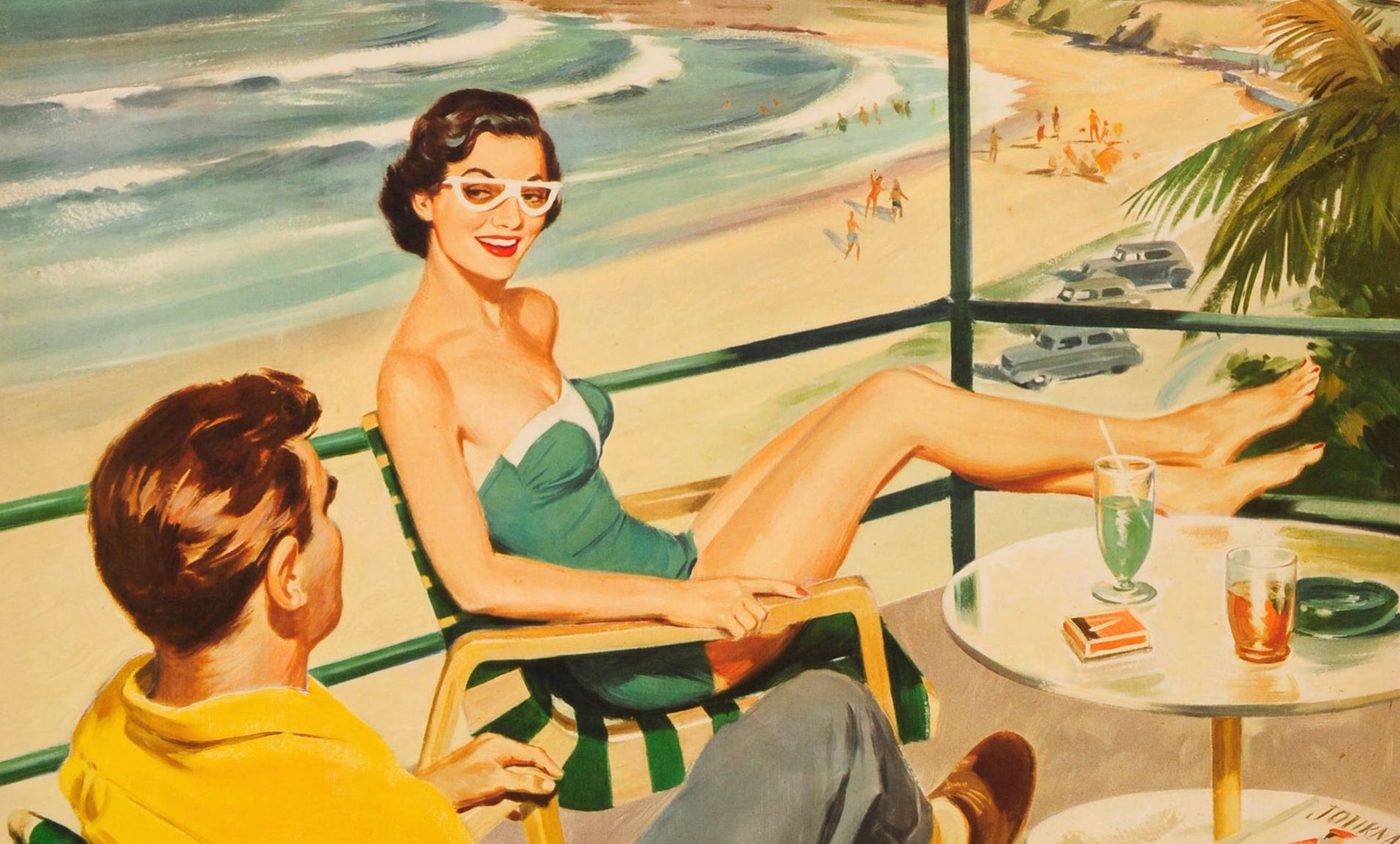 It’s no secret that Australian nationalism has been in shambles for a long time now. Where once we were a country united by common spirit, it seems that these days we’re split apart by dissidents, extremists and shit prime ministers. Australia’s brand has become sickly, so it’s time to take it to the doctor.

If I was to take one part of our national brand and give it the ol’ marketing hey-oh, what part would it be? For my money, it’s the old and tired Australian National Flag (which I will henceforth be referring to as ‘Big Blue’).

Sure, Big Blue isn’t solely responsible for the decline of Australian society, but its limp and lacklustre presence isn’t helping pep anyone up either. So, what makes this flag deserving of a call out? Let’s get into it.

Let’s start with a flag’s purpose. A flag is the first thing a country will erect as it gains independence, and the last thing that will fall as the country does, so what could be more powerful when it comes to belonging? Wars have been waged, and nations have raced to the moon just to plant their flag. As a symbol of a country’s pride and achievement, a flag should inspire, lead and impart meaning.

Despite conventional wisdom, flags need not be stagnant. As civilisations change and evolve, as nations make and remake themselves for modern time, flags can — and should — change in line with a country’s national spirit. It all comes down to culture and effective ways to build a brand. In this sense, flags should be more like logos. Check out Pepsi over the years as an example.

As you can see, identity changes with time, and if every brand were more like Australia’s, we’d still be stuck with 1905 Pepsi.

It’s not like this can’t be achieved on brands as big as countries either. Sure, on the whole countries don’t update their flags per decade – that’s unreasonable. But when national spirit changes, so too should the flag. These days the flag of South Africa is beautiful, but due to its colonial roots, this wasn’t always so. Here’s its evolution:

The first one should remind you of Big Blue, and more telling is that it’s been nearly 100 years since that flag has flown (and South Africa were very much under the British thumb at the time).

Now that we know the purpose of a flag, we arrive at our first criticism of Big Blue itself – The Union Jack. Easily the worst part of our current flag, the Union Jack is completely irrelevant to Australia’s current national identity. Around the time of the 2000 Olympics, Ausflag illustrated the issue better than I ever could:

Many completely independent countries just like us still cling to their Union Jack. New Zealand, Fiji and Tuvalu still rock the red white and blue, but we should all be considering a change. Australia especially has almost no reliance on The Crown these days and we’d be better off forging our own national identity rather than clinging to our colonial roots.

Time we got with the program?

Ausflag weren’t the first to tear down our flag either. Dating back to 1901, many debates have been waged over the changing of the Australian flag - so much so that there’s a whole Wikipedia page for it! When you look at the new, brightly coloured and varied commonwealth flags above you can see why.

Union Jack aside, the cardinal rule of flag design is to have every part of your flag impart meaning. From this rule people can derive belief from their flag and be sure it stands for something.

Despite my objection to the Union Jack’s relevance– I quite like it as a design. It has meaning behind it as it incorporates all its constituents (aside from Wales) illustrated here:

Here perhaps is the more contentious part: the rest of our flag has no such significance.

The Commonwealth star below the Union Jack simply represents the states and territories. Which is fine really – it’s not special or interesting but it can stay. The Southern Cross on the other hand just denotes the fact that we’re physically located in the Southern Hemisphere. Very bland as far as meaning goes, but people seem to think it’s some sort of Australian symbol when it’s actually featured on numerous flags of the southern hemisphere:

“But Ivor Evans, the 14 year old designer of our flag said the 4 stars represented the four moral virtues - justice, prudence, temperance and fortitude” I hear you cry. Well, first I have to ask, what 14 year old school boy was reading the poetry of 13th century Italian, Dante Alighieri, and how much sense does that make for our modern society anyway?

How many VB-slamming bogans do you expect to know the (very shaky) meaning of their back/chest tattoo, and how many do you think live by it? Temperance? We’re a country known for our excessive consumption of alcohol; how does temperance represent us? Absolute rubbish.

We accept our flag just because it is the way it is, and as far as we know it’s always been that way. But that’s no reason to settle.

Look at Canada who have a similar history and are economically very close to us. They realised in 1965 that their flag simply no longer reflected their national identity and they changed it. Here’s their flags for comparison:

I guess what I’m trying to say with this is don’t accept something just because it is. The power of a flag is often ignored and taking care of image is important. If we want to rebrand Australia, our flag is the natural place to start. We’re currently branded as a convict island, with an ineffective government,  heavily into coal, and ultimately tied to a distant British monarchy. Not exactly a recipe for an open, forward-looking, and modern nation of the twenty-first century. We need to make a change.

The reality is that Australia is not unified. Our brand is failing as our government falls further into ineffective policies and back-stabbing while the powers that be relax in Hawaii.

We need to rebrand and start fixing our country with the a symbol powerful enough to get us started.

I’m leaving you with some examples of what a new Australian Logo could be, and if you can honestly say you prefer the old one to any one of these, well you’re a lost cause. Admittedly these all incorporate the southern cross, so maybe we’re past the point of no return for that one.