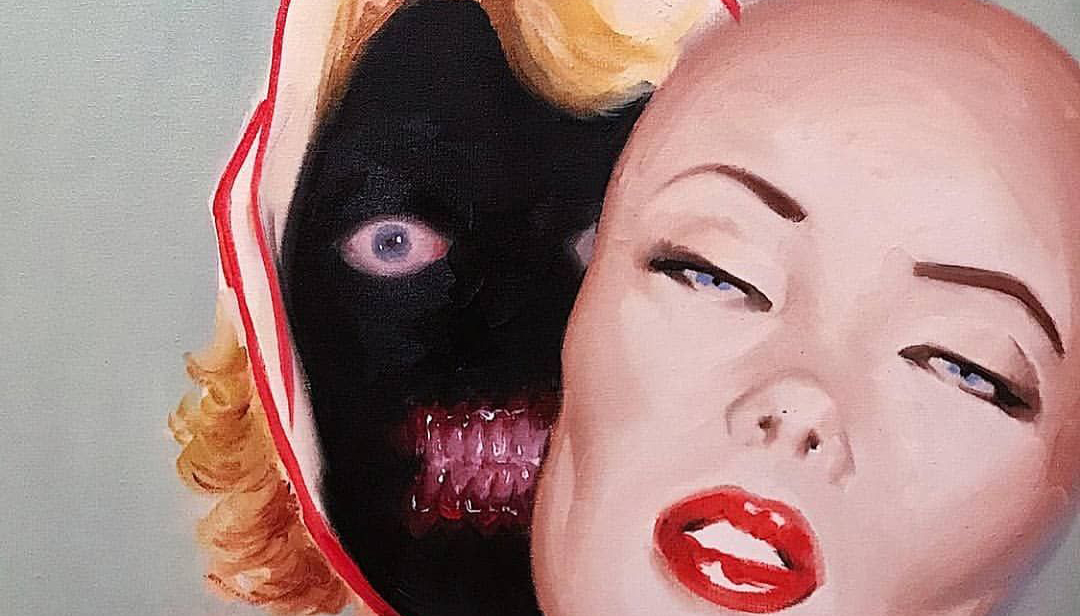 Can representation be doing brands more harm than good?

Over the Christmas/Summer break, I revisited Scott McCloud’s seminal 1993 book Understanding Comics: The Invisible Art; a work that delves into the historical and formal fundamentals of the comic and animated art medium. The book is a charming read, itself presented as a comic, and delivers some thought provoking lessons applicable beyond just strips and cartoons; it explores theoretical ideas around how we (the audience) interpret symbols, and comprehend visual storytelling.

My personal favourite section (there are many good ones) comes in Chapter 2, when McCloud introduces a sliding scale of realism – notably the choices comic artists face when sketching character faces. How much detail is too much or too little? What effect does realism have on the audience’s willingness to open-up to the images in front of them?

McCloud presents his theory on what makes comics universally appealing, by hinting at a separation between two worlds of consciousness; the realm of concept, and the realm of the senses. In a nutshell, who we are inside – our identity – is permanently tied in the conceptual world. Our physical senses cannot interact with our self-perception; our identity is merely an “idea”.

“When you look at a realistic drawing of a face – you see it as the face of another. But when you enter the world of the cartoon – you see yourself. An empty shell that we (our conceptual identity) can inhabit, which enables us to travel to another realm.”

At this point, McCloud proclaims the reader evolves from passive observer, to active participant in the cartoon itself. The thing that struck me most was the irony; the more generic the faces and the physical features, the more likely we are to be able to connect with the character on a deeper level.

Essentially… the less human you make it, the more humanity you give it.

“The cartoon is a vacuum to which our identity and awareness are pulled.”
‍

This theory holds weight when you stretch it across the appeal of animation and the like, but could we assume it might also apply to all forms of narrative content, including… say, advertising? I was triggered to think of Scott McCloud late last year when Anne Miles gave a talk in Melbourne about gender-neutral marketing and in her thought-provoking follow up material.

Anne’s take (on that occasion specific to gender) is that marketers need to do better than just token swapping of males for females in ads in order to satisfy representation optics. Females, as she pointed out, don’t think or do things the same way blokes do. As brand/ad people, we need to give more thought to masculine versus female versus gender neutral storytelling.

Anne moves into controversial territory when this (related) train of thought starts to roll toward the representation of race and sexuality. Articles she has posted on this topic have inspired equal parts agreement and umbrage.

Perhaps the unspoken truth is tucked away in the theories introduced by Understanding Comics?

Start with a question; are our creative marketing efforts a vacuum for our identity, or repellent for the subconscious? You can’t ignore the answer.

Neuroscientists have known for a long time that regions of our brain develop stereotypes in early childhood, with negative portrayals in media fuelling these biases further. The ugly truth is that bias (for better or worse) is “hard-wired into human cognition”. Short of removing humans from our ads at all (more baby otters please), marketers need to be aware of our natural bias to connect to what we know to be true about our world view.

Representation in advertising (and life in general) is vital, but we shouldn’t assume that means “inclusive”; we need to keep it real.

Brand marketers need to be conscious that in their efforts to be inclusive, they might be blocking potential unconscious connections between their audience and the brand. You can't please everyone, and when did companies get so bloody needy for affection anyways?

This is an argument for why brands need to have a powerful human truth driving their reason for being. A universal rally-cry that digs below race or gender or whatever makes you think you’re unique. A belief that aligns our consciousness to a common cause, making us feel a part rather than apart from whatever it is being sold. Belief is a way to circumvent unconscious bias, because it taps into McCloud’s conceptual self theory – void of physical traits or real-world constructs.

Represent the idea. Not the person.

Nike’s “Nothing Beats A Londoner” unites the youth of London.

These famous campaigns don’t feature demographics; like comics, they portray caricatures. They succeed because they’re less about people and more about a unique belief system. Remember; make your marketing more human, not your characters.

This work is also unapologetic. Nike and The North Face know who they’re talking to, and speak confidently with no fear or apprehension. They present a POV (their POV) to the world, and never pander whether you’re a believer or not. In fact, they probably don’t care either way.

This is brave marketing. I know, I know, yes it’s easy to call Nike brave… and one could argue that it is harder for equally big, but less “cool” brands that need to appeal to broad (read: diverse) audiences emotionally and do the sales job. But is it really that hard? We’ve got more data than ever… maybe it’s time to start using it properly?

A simple framework that balances mass market brand work with more tactical targeted comms is a good approach that allows marketers to execute specific product/sales initiatives to audiences whose subconscious biases might not like sharing airtime with one another. The dual approach works, and the balance between the two is imperative (as a default 60/40 in favour of brand), marketers just need to commit to what they believe in, and convince those around them to stick to the plan. It takes time, and guts.

The lazy, apprehensive route of inclusion and representation is how we get bland “global” campaigns that make less sense than Oli Beale’s perfume ads. It’s how Vodafone miraculously manage to produce a Euro/Arab looking child from a whiter-than-white dad and Asian mum (I’m left with more questions than answers!). There are no ideas here. Only tokenism. Bait for our unconscious biases to bite at.

Outrage and offence made way too many cameos in 2019. Don’t be spooked. This year, our resolution should be for brands to stop pandering. To be proud of who they are and what we stand for. To have a POV, not a “target segment”, so we can transport our audiences to Scott McCloud’s other realm. To have guts. At the same time, stop being so sensitive. Not everyone is going to like you, and who cares anyway, when there's others that absolutely love you.