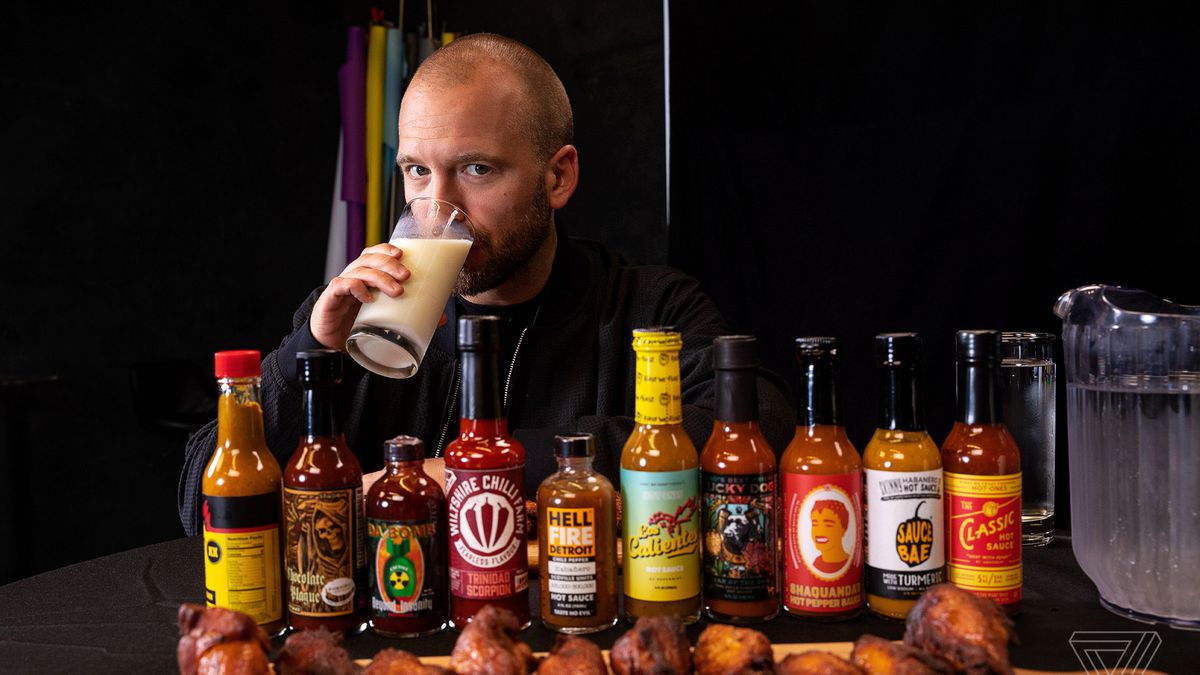 I’ll confess, I’m one of those white people that finds Sriracha spicy.

Really spicy. I once drank milk that was a week and a half out of date because the lady put too much chilli on my Bahn mi and I could have sworn I saw my life flash before my very eyes.

My spice-challenged palette considered, it may surprise you to know that one of the things that brings great joy to my life is Hot Ones, a web series that sees celebrities answer questions while devouring 10 spicy chicken (or vegan) wings, each hotter than the last.

The series first hit YouTube in March 2015 and quickly amassed a cult following, now drawing an average of 1.2 million views per video and enjoying a permanent place in the platform’s trending tab.

Due credit for the show’s success must be given to host, Sean Evan’s incredibly insightful and well researched interview technique. But the true magic of Hot Ones lies in an undeniable human truth – we love to see others suffer, especially those who we have previously viewed as better than ourselves.

I’m not suggesting that we take pleasure in suffering of any real consequence. If you’re uncontrollably chuckling at natural disasters and domestic violence, then you might need to see a professional. But a little sprinkle of accidental or consensual pain that’s quickly recovered from really tickles our fancy. It’s the very foundation of shows like Punked, Jackass and Australia’s Funniest Home Videos.

Hot Ones takes people that we see as unattainably beautiful, talented and successful, and knocks them down a peg. DJ Khalid might spend his days riding a jet ski around Miami and dining on chef-cooked meals, but he quit like a bitch after the third sauce. Likewise, seeing Margot Robbie’s impossibly perfect face contort with every bite makes me feel like maybe she is a human being after all.

By putting its guests through just the right level of suffering, Hot Ones successfully brings them down to the audience’s level. The hot sauce is humbling. Everyone knows what it feels like to be completely smoked out by spicy food, left scrambling desperately for anything that might make the pain stop (usually to no avail).

On the surface, Hot Ones is gimmicky break from the regular interview format. But look a little deeper and there’s a powerful lesson to be learned on authenticity and mythology. For decades, celebrities have maintained their allure by presenting a level of poise and perfection to the world in small doses, keeping the vast majority of their personalities and realities removed from the public.

But audiences have become less and less tolerant of the mythology around these unattainable human ideals of success. The rise of reality television and social media has made our appetite for their scandals and failures almost insatiable. We are no longer satisfied by statements crafted carefully by publicists and red-carpet photos. We crave the honesty of impulsive Twitter rants and the raw, behind-the-scenes moments captured on smart phones and broadcasted to millions.

It’s this climate that makes the sweat-licked skin, snotty noses, red faces and uncontrolled profanity of Hot Ones so damn addictive.